Macaulay Culkin Just Turned 40… Is It Time for His ‘Midlife Crisis’?

Your eyes are not deceiving you: Former child star Macaulay Culkin is now 40 years old.

The Home Alone star just celebrated his 40th birthday on Wednesday (August 26) and he’s ready to start his midlife crisis. The actor shared a series of tweets to make people gasp at the thought of little “Kevin McCallister” all grown up.

“Since I’m 40 I think it’s about time to start my midlife crisis,” Culkin joked. “I’m thinking of picking up surfing. Do you all have any suggestions?”

He also asked his followers if anyone had Photoshop skills to put his head on the body of a surfer to “get an idea of how cool” he would look.

See the tweets, below.

Since I'm 40 I think it's about time to start my midlife crisis.

I'm thinking of picking up surfing.

Do you all have any suggestions?

Do any of you have photoshop skill? Can you put my head on a surfer so I can get an idea of how cool I'd look?

It's my gift to the world: I make people feel old.

Culkin was just 10 years old when the first Home Alone film released. He also starred in Home Alone 2: Lost in New York which was released in 1992. He did not appear in  Home Alone 3, Home Alone 4: Taking Back the House or Home Alone: The Holiday Heist. He later reprised his role as Kevin McCallister for Google’s 2018 holiday ad.

Fans quickly shared their reactions to the startling news in memes and gifs. See fan reactions, below.

We've seen Macaulay culkin home alone kid at 40 now can we see this babies day out baby grown up pic too? pic.twitter.com/7F23XCthkg

What about this 40 years old guy? pic.twitter.com/TmoazkxX2c

you look rad dude, thanks for everything pic.twitter.com/prGYoMI3vh

i feel younger! I thought you were my age! Hahaha
But yeah, we’re old… pic.twitter.com/1rGn5TLM4L

My son doing your “Home Alone” face, he was 3 yrs old. It was so fun watching him make this face, our little actor…thankyou. He died last year from suicide at just 29. I pray for all who struggle daily with mental illness. Please get help and know #YouMatter #KeepGoing ❤️ pic.twitter.com/uPGmDHm3xf

Stars Who Lied About Their Age

This Epic Adventure Park is Only 90 Minutes from Rochester

Why Your House Cracks and Pops All Night

Rochester Has Several Outdoor Ice Rinks for You to Enjoy

Best of the Web

We are excited to show you our collection of custom masks. We designed these just for you -- and we know you're going to love them. There's something for everyone and a portion of the proceeds go to charity! 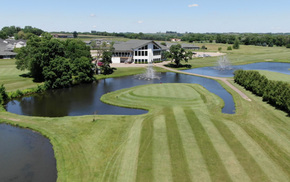 18-Hole Round of Golf at Riverview Greens Golf Course

It appears that you already have an account created within our VIP network of sites on . To keep your personal information safe, we need to verify that it's really you. To activate your account, please confirm your password. When you have confirmed your password, you will be able to log in through Facebook on both sites.

It appears that you already have an account on this site associated with . To connect your existing account just click on the account activation button below. You will maintain your existing VIP profile. After you do this, you will be able to always log in to http://kroc.com using your original account information.

Please fill out the information below to help us provide you a better experience.

Thank you for your request.